While I am taking a break from my map, I have added on to the base map in-game.  I have added Liechtenstein, San Marino, and the Vatican City. I have also made improvements to Galicia to hav

I have also wanted to show how many provinces I added for Germany. Germany now has more accurate state lines  Germany has a total of 95  provinces, I am not even done with it yet.  Hamburg a 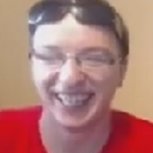