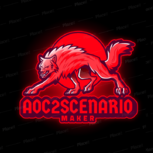 By by scenariomaker, September 11, 2020 in Scenarios - Offtopic