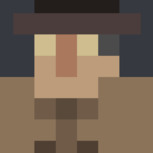 A form of capitulation

By Checkmate, February 2, 2019 in Suggestions