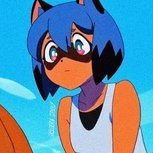 ww2 *What if France started the 𝐖𝐖𝟐?

𝐖𝐖𝟐 𝐛𝐲 𝐅𝐫𝐚𝐧𝐜𝐞 *Imagine if Hitler was actually French and hated the Germans, would he try to be a Napoleon 2.0? -A possible Great France or Naz1 France? -Would France start WW2 by taking

I have made an map for the Scenario, if you like it :3

Maybe you can use this french facist flag