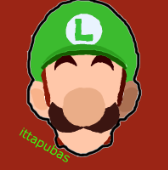 By ittapubas, October 9 in Scenarios