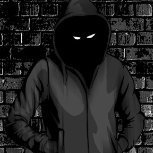 By The dark, November 19 in Mods