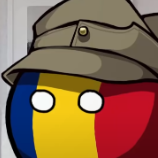 suggestions list Things, that would be awesome if added to AoC2