Top content from across the community, hand-picked by us.

P. S:this is an edited version of the 1440 scenario so the German states are wrong

I decided to start creating large Earth Scenarios on the small earth.  Using the 1440 map as a guide, I made a small version of the 1440 map.

I plan to recreate small versions of every FULL WORLD start dates.  Maps that don’t have the full world is a lost cause.  They would be way too small.

Sadly, this is android, and if Lukasz doesn’t give an ability to release scenarios from android, then there will be no way for me to release it.

Also, I fixed Native American placements, it just isn’t shown in these pictures.

This could be a great modifications to the existing cheat code commands, as maybe the sandbox mode could be changed in a way where everything is actually a cheat. What I mean by that is there could be a unlimited amount of money, not just 9 Million Gold, unlimited movement/diplomacy points and not just 99.9, population, army, etc (you get the idea), what’s more, in the country that we play as, all our provinces could have like every possible structure and building already constructed for and stuff.

Furthermore, I think that if sandbox mode is disabled or somewhat not modified, the cheat code commands (e.g typing army would add 300 soldiers, movement would add 0.X (forgot the actual value) points, etc) could be changed to where as we type for example, army 99999, would thus add 99999 soldiers to the selected province, just like how movement 99999 would add 99999 points, etc, universal to other similar commands like army, population, diplomacy, etc.

please take this add on into consideration, and it would make this game a lot more fun!

Wersjon posted a topic in Your ideas how AoC2 forum should looks like!, January 13, 2019

Would be fun to have online multiplayer. Many people already really want it, and would up the replayability of the game.

I've made a tool, which converts a .png into a bunch of provinces, allowing someone to create a custom map more easily.

Information about the ages of forum members

So, I've collected the data, and out of those willing to give their exact birth date, I am the youngest person on the forums, at 13 years old. Chexier is a few days older than me.

I wanted to make an alt-history scenario. I just didn't know what to make.

What if Allbania won WW2? Nah.

What if France didn't capitulate every 5 mintues? Nah.

What if Switzerland had a coast? Nah.

What if my scenarios were gud? Nah.

Then, I had the idea to make What if the Ottomans won the Battle of Vienna?

If you don't know what the battle of Vienna was, here is a brief explanation: It was a battle that was part of the Great Turkish War. Which involved the Ottomans against the HRE, the Habsburgs, Polish-Lithuanian Commonwealth, Tsardom of Russia, among others. The Ottomans had almost no chance to win. But what if they somehow did?

The year is 1700. The Ottomans have defeated the Christian Coalition in Vienna. After some weeks, the christians have surrendered. In the peace deal, the Ottomans set up puppet states in the Balkans, in order to make administration in the region easier and they have also annexed some parts of Russia and Venice. However, with such a large and culturally diverse empire, The Ottomans may not be able to maintain all the land they control and may collapse in the next decades. Can you lead kebab to glory? Or will Serbia remove it?

Events will be focused on the Ottomans and the Balkans.

You can also give me suggestions, it would be much appreciated.

The WW1 Scenario was created but there is work that still needs to be done for it. Support the scenario if you can

Hi guys. I can't continue my game. It stucks on next turn. When i click it nothing happens. Help please. Thanks 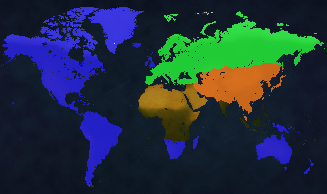 This is a simple 1984 scenario complete with custom flags, a custom scenario and my interpretation of the 1984 world of George Orwell. To give you some history, the year is 1984 (who knew) and the world is split into three major factions. After a nuclear engagement between the powers of the world, the three super powers left are Oceania, Eastasia, and Eurasia. Oceania, which was formed out of the remnants of the United States of America, is a fascist world leader which relies heavily on propaganda and mind manipulation. Eastasia, formed out of the former Soviet Union, is a communist land making up most of Russia and the rest of Europe. And finally, Eurasia, formed out of the states of China and Japan, is (most likely) a brutal monarchy with totalitarian values. Each country is forever fighting over the disputed lands of the Middle East and Africa, each side never getting closer. The age of Humanity looks dim to many, and brightly for few.


please leave any comments or questions as I want to improve this scenario. 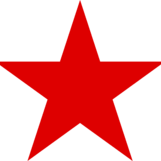 I've managed to not only learn how to use the map editor but i also have created The Great War scenario.

I have never made until now a successful trade even though I gave them provinces for one 1 gold they always refuse ..why is that??! 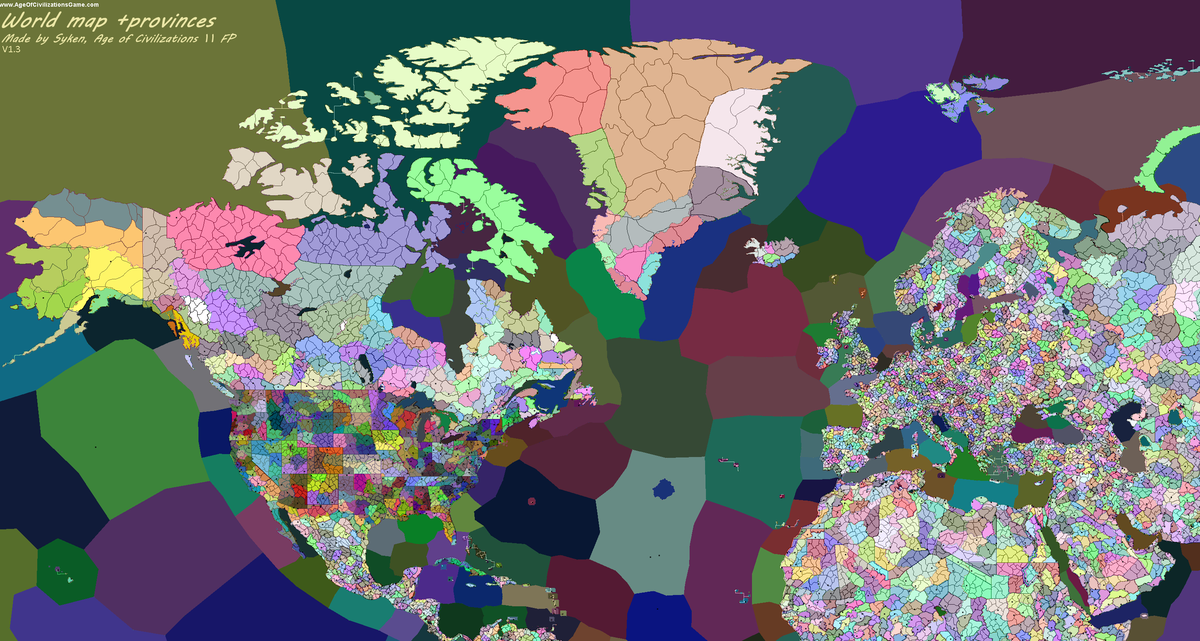