Top content from across the community, hand-picked by us.

How to solve this bug?

How to solve this bug? And why did Nazi Germany become Weimar in the game?

This scenario is from year 1939, more specifically on March 22, when Lithuania ceded the Memel Territory to Nazi Germany.

I didn't find the "config.ini" file.

@Łukasz Jakowski I didn't find the "config.ini" file, only "config.json".

** KhmerUI is not support with this game

Rulers of the Grand Continent V0.1 is now open!

After nine entire years of the second world war that occurred in European conflicts; the entire war is about to be settled by the Axis Powers, which includes Finland, Hungary, and National Socialistic Germany. As to the other side of the war is the Soviet Union with it's allies of the United Kingdom, and it's vassal of Bosnia and Herzegovina. Reasoning for the split of Yugoslavia was a vote that happened inside of the Kingdom of Yugoslavia; the vote was to either: Split into the different ethnic groups inside of the country, get annexed from either Nazi Germany or the Soviet Union, or get partially annexed from each side. Since the Yugoslavs wanted to have some freedom left but be annexed somewhat, the majority chose the third option and it was done. Serbia was completely annexed by the USSR because of close relations and past history with them. The rest of the rest of the Yugoslavians were controlled by Nazi Germany. This includes the Slovenes, Croats, and the Montenegrin became a vassal of Germany. Italy capitulated from Germany due to them joining the Allies, and which the Germans could not allow; therefore they launched an offensive through Slovenia, where the Italians did not expect and had a very low amount of troops in. Meanwhile, the civil war in Spain went well for the fascists who had the same idea as Italian Colonialism. Unfortunately, somewhere their plan went wrong and they had a bad relation with Germany. This caused them to launch an offensive with the help of Vichy France. As the Germans did with the French, they applied the same outcome with the Spanish. They became a vassal of Germany but only in the south and southeast. Their capital remains to be Madrid (unfortunately the city of Madrid itself is not a province in Age of Civilization 2 so I couldn't do this); but the city is split in half, life Berlin in the real life outcome of the War to End all Wars. Since the Portuguese do not want a Nazi invasion, they joined the allies and followed the same steps as the Soviets.

I will try to add events to this scenario in a future time.

A map of Roman Empire and Surrounding Areas

I have begun work on a probably 1000+ province map of the Roman world. Unlike the hoi4 map project, this one will not be abandoned. In fact, I might even restart the hoi4 map someday.

Fleshed-out scenarios (events and other things that will require more than /map): 0%

I searched a video on how to solve the problem and didn't find it.

When I open the game, the following message appears on the screen:

Hello i want to make Serbian history from like 500 years to 2020 year. Does anyone wants to support me so i can be sure i will have alot views.Because i don't want to make it to get 20 views. I want maximum 200 Views. On my video any one can visit my channel and last 2 videos about alternate ww1 and ww2: https://www.youtube.com/channel/UCrDBcBkUpCOLx-eze3lY93Q

SOCIETY! ...Coming soon to a dank river valley near you.

An option that allows tribal civilizations to spawn randomly on the map, with higher chance of appearing in high growth provinces.

Hello, the problem has started about 2-3 days ago.
I've addon+ installed.
Its very simple problem, but i dont know how to fix it,

When im turning game on, nothing happens, even pop up, and after few seconds it closes. 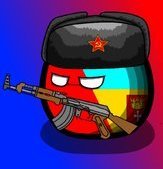 This mod is gonna be an map of UK constituencies, I am hoping to release it in march and i might release a pre-release version once i have finished england.

The Background will be updated.

Germoney The Attacker posted a post in a topic, January 20, 2020

Germoney The Attacker posted a topic in Scenarios - Offtopic, January 12, 2020

Requiriments: Addon+
Actually its all the events. i will add more

There is a serious problem when it comes to technology in the game, and it is ticking like a time bomb.

Technology in the game is grossly oversimplified, and in a lot of strategies largely ignored.  This post will explore ways to make the game more in depth, realistic, and balanced.  It will be split into two subs:  Balance and military.

When it comes to technology, the game is broken.  Every time, the bigger nations with the bigger economies are leaps and bounds of the smaller nations, say the HRE.  This is a joke, as regions should develop in technology uniformly.  Development of technology should be not be dependent on income, but instead possibly a fixed speed. It could be increased with events, which I already do in my Too True 1440 campaign.

Of course the problem with this is the player loses the freedom necessary to say, build an Indian colonial empire.  As I said earlier, I have events in my campaign giving tech points to certain civilizations.  Say, the Renaissance or printing press.

There is still much to do in this topic.  Any suggestions to replace the income system?

This is an in depth look on specific new modifiers that could added to invest technology points in.  As of now, all seven modifiers basically increase your income.  This means people do not care as much about it, and rightfully so.  There should be added new modifiers affecting the outcome of a battle.  These include:

These new 6 modifiers would greatly change the game in a good way.  Now this would add realism, where a smaller European army could destroy a larger Chinese army. 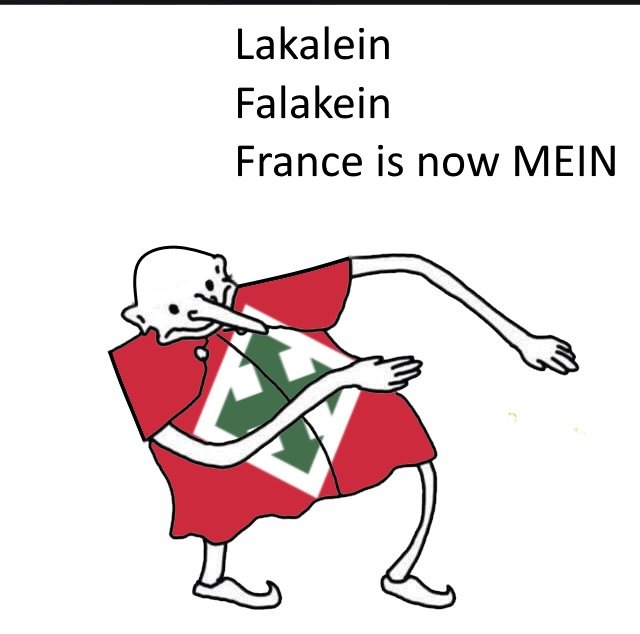 Ultimate Overhaul is a mod that is going to, you guessed it, overhaul the game.

This mod will include the following list of things:

Scenarios:
The Great War (World War I) With historical events, leaders and custom civilizations, starting in 1st of January, 1914.

Including a large variety of backgrounds, from a realistic one with every little mountain on earth, to a low resolution one for computers that can't handle the mod that good.

From the leftist Communism the the Extreme right Fascism there are an estimate of ~15 ideologies being made right now including governments that are only avalible on 1 country in real life, or none anymore such as Patriotism (Hungary) Democratic Republic, Deposit Monarchy, so on and so forth. Planning on creating an election system for democratic countries just like in Hearts of Iron IV.

Yes, every Scenario, Custom Leader, Loading screen and such will be translated into other*1 languages.

Custom Maps will be added to the mod, with custom scenarios, so people can create something new on a new map. Current map plans include Hungary, Austria, Germany, Washington, Nagykanizsa, Hungary, Budapest, Hungary, The map of Graz and Pangea.

Of course, if we make scenarios, we need to make sure, that we have good leaders for each scenario. From a Revolutionary Gavrillo Princip to an alternative timeline Franz Ferdinand, there will be as much leaders as possible.

Thank you for reading!

*1: Other: This mod will not be translated to all languages, as that would be pretty hard to make.

If you want to help me create the mod, Just connect the discord server here: https://discord.gg/Pe6Pkmn

I play on the iPhone 6,and every time I try to start the game it crashes.So I decide to open it again and then it works.When I enter the game a message pops up saying:

I set the scale to X5 and wait for the game to load again.When it gets to about 90% the game crashes again.What can I do to fix this?

Guys I have a lot of ideas just ask

Guys we need a lot of thinks for these to work but we could do it.

The actual tech tree is small and unusfull so we just need to do it bigger or more hard to get tech points, or if your a good modder just do a new tech tree maybe like civilizations tech trees

The farms and workshop are nice but limited so we should change them for new building and give it more levels 5 farms and 3 workshop aren't a lot so 20 farms and 40 Workshop(or even more) (or fabrics the name doesnt change anything) but we should balance it by changing modifiers from 5% to 1% or 2%, should be 3 levels of ports first fishing port second mercant port and thierd dock, the buildings levels you could build should be determined by your tech level.

Next units should be implemented

Cavalery after will become tanks

Ships( you should build it in port level 3)

Each with different modifiers

Germoney The Attacker posted a topic in Mods, November 22, 2019

Hey Today I Come With A Idea And That Is: Make A Larger World Map On Aoc2 Can U Send Me Maps Well The One I Found For Now Is This
Note: The Map Need Have Antartica

The United Kingdom with its internal nations, meant for the new Europe map not the World map.

Any mistakes let me know x

I created a very historically accurate 1960s scenerio in AoC2. I put quite a bit of effort in it to make it as close to reality as possible.

Here are some screenshots of the scenerio.

I might make this into a mod, although it might take a while to convert all the scenario files into a mod folder. Also, there are a few errors in the map, but these are due to a combination of me forgetting to edit things and game limitations.

Here are the unique things I've added in this scenario:

More world leaders: Every civ that appears in this scenario has their own leader. 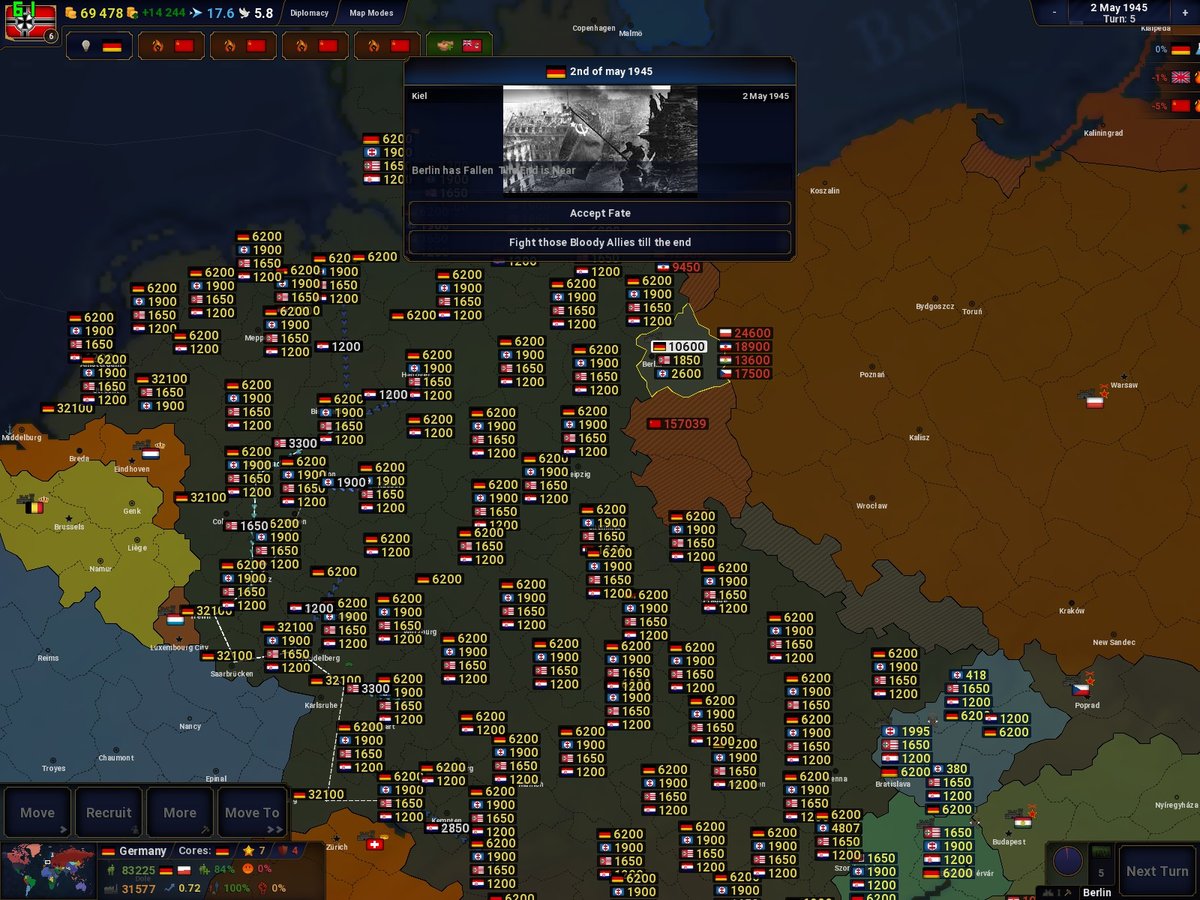 Since the File is Pretty Big ill post a link here for you to Download the mod from I'm sorry for my recent inactivity but it has× been a hard time for me.

For those Interested  we have a Youtube Channel where we will post an overview of the Mod, we will also keep updating the mod on a 2 week basis from now on since its not really as finished as I would like it to be If you have suggestions on what to add Just tell me and I'll be sure to fix your problems in the next Update for the mod.

DISCLAIMER!!!!!! ALOT  OF THE PICTURES HERE ARE PRETTY OLD AND DONT FULLY REPRESENT  THE MOD AT ITS CURRENT STAGE

Add Leaders and Flags for AoC2 on iOS? (Tablet)

Exactly what is said in the title; the guide for Android doesn’t seem to add up the same on iOS devices that aren’t Macs. Really need some help here mates. 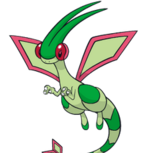 How do I boost a province economy of 99?

I would like to boost a province economy of 99 as it wasn't 99 before, how do I restore the economy of that province?

Each leader with its ideology!

Hi! I was thinking about: If it is possible to classify every leader (and add your own new ones) depending on the era in which he/she was born, is it possible to assign a leader to each ideology? For example, if weplay with the UK as a monarchy, we'll be playing with W. Churchill, but if we change into fascists, we may change the leader to someone else, even if it was born in the same era. Could it be possible to do somehow?