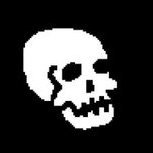 suggestions What I would like to see in the game.

By Armolitskiy, January 29, 2019 in Suggestions