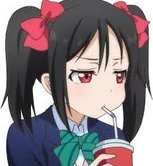 Request and Trade, and others.

By SnowHalation1, December 31, 2018 in Suggestions