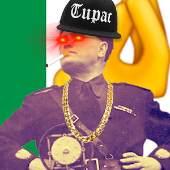 By General Whiskers, November 1, 2020 in Scenarios