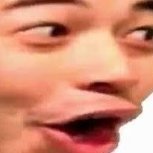 How to make a union between two countries?

By krsa, April 7 in Help