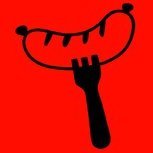 The servers broke again, so all of my posts related to Beta 1.4 disappeared. BETA 1.4 summary will be made when I feel like it. In short, some new scenarios (including 800, 540, Long Winter (WIP), Thr