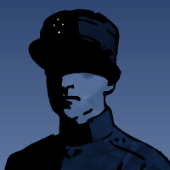 Dawn of Tomorrow - A Contemporary Mod (WORK IN PROGRESS)