About the mod: This is a project of mine that combines pretty much most of the big mods out there. It has over 13k provinces and 70+ ideologies. 40+ scenarios and quite a few changes to the codes

Can You Also Please Make A Pc Version For This?  I Really Love This Mod : D 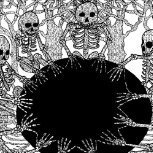